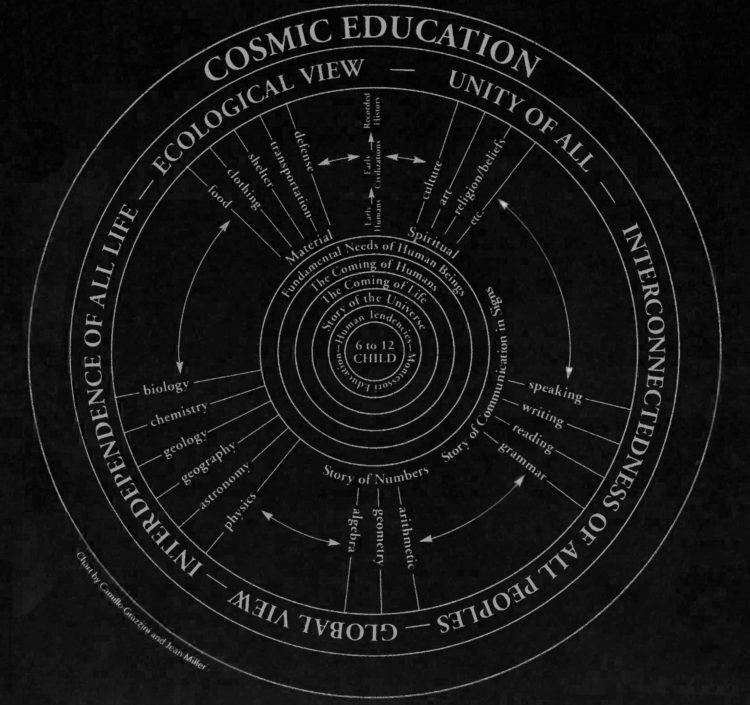 The Great Stories are like the prelude of a drama. They broaden the view of the children by drawing up one curtain after another to reveal the wonders of the universe. They send the children’s imaginations flying and invite them to explore.

The Great Story 1 – God with No Hands. This is the first story told at the start of every school year. Children imagine how the universe began and how the waters and lands on earth were formed.

The Great Story 2 – The Story of the Coming of Life.  This story covers the time before the arrival of human beings, spotlighting biodiversity and the natural ecosystem.

The Great Story 3 – The Story of the Coming of Human Beings. This story takes the children on an in-depth exploration of the origins of human civilizations and the needs of early humans.

The Great Story 4 – The Story of Communication in Signs. This story reveals the extraordinary capability of written and spoken languages and communication-related inventions in various cultures.

The Great Story 5 – The Story of Numerals. This story begins with the earliest civilizations when humans were only able to count one, two, and bigger than two. As time went by, mathematical systems were invented, culminating in the decimal system that is used today. 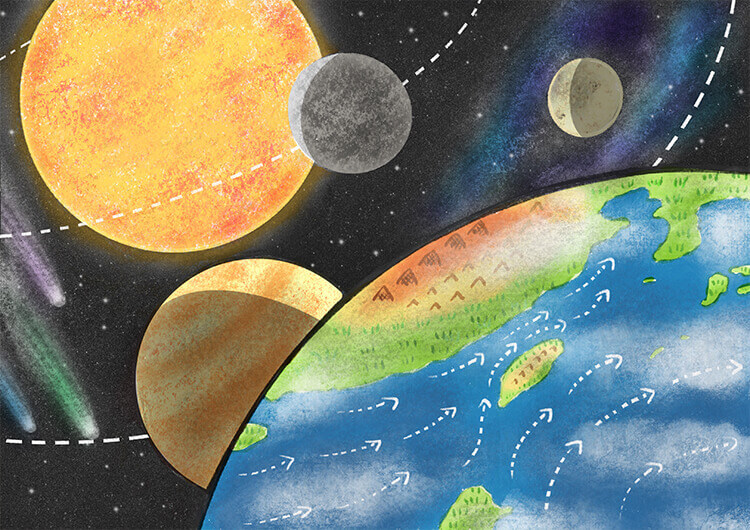 Once the great stories open up the doors to the universe, key lessons help the children advance in their work and interest them for further explorations. The Montessori guide observes each child and listens to their questions.  Then, key ideas are provided in a succinct manner, guiding the children to identify the keys to knowledge on their own. 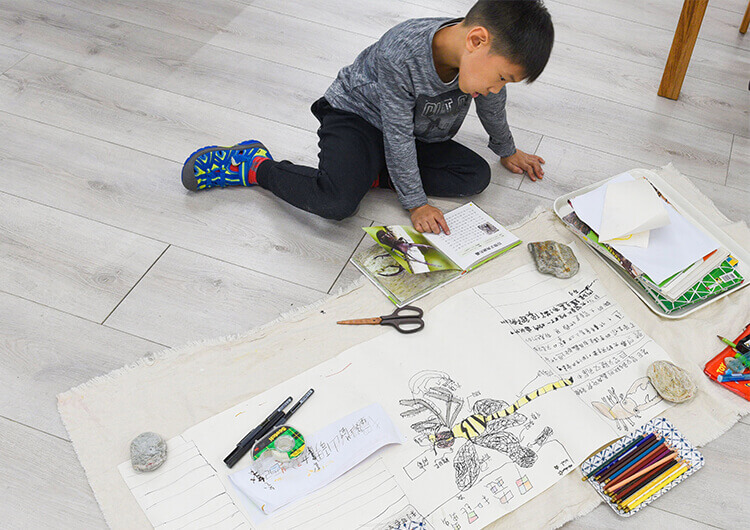 Dr. Montessori created this ‘chart of independencies’ (at right) to help children understand the world as an interconnected system. Children learn that every element affects all others. It starts from the sun that nourishes everything, moving on to water and air, and then plants and animals. At the end are the humans, who have evolved into multiple cultures across the world.

Children can use this big picture perspective to mentally organize new information. When understood as connected parts of a whole, the information gains relevance, which is essential to capture a child’s interest.

Through Cosmic Education, children are better prepared to enter adolescence as independent, emotionally intelligent, and socially responsible individuals. They understand who they are as individuals, as members of the human race, and as citizens of the universe. Also, children gain an understanding of their moral responsibility to address global issues that affect humankind and the environment. 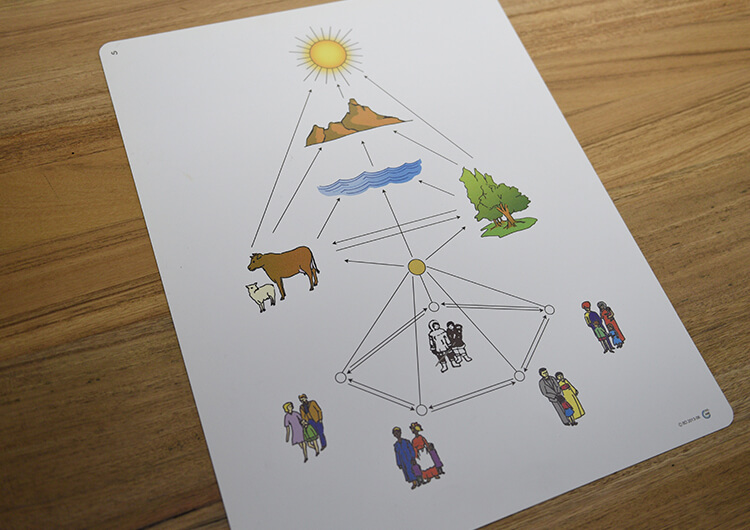 The Montessori elementary school consists of two age periods: 6-9 years old and 9-12 years old. In mixed-age classrooms, children progress at their own pace, according to their interests and abilities. Through observation, the guide assists each child to find a learning style most suitable for them in different areas. At TMIS, we aim to ignite a passion for learning in all children, through challenges offered every day. 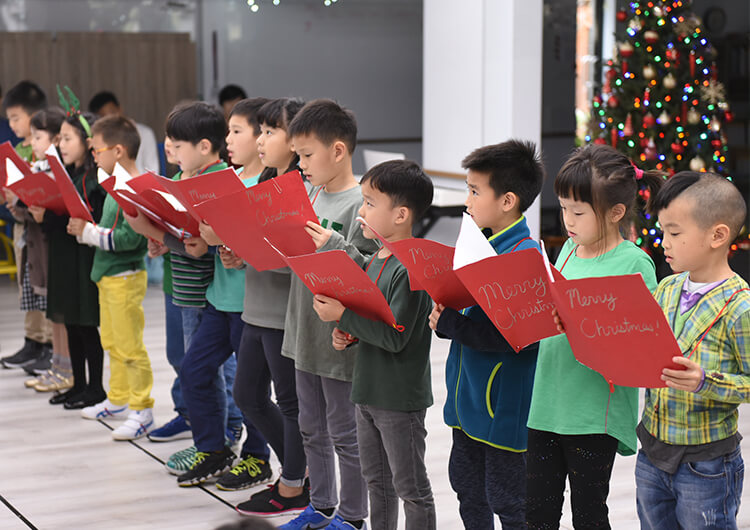